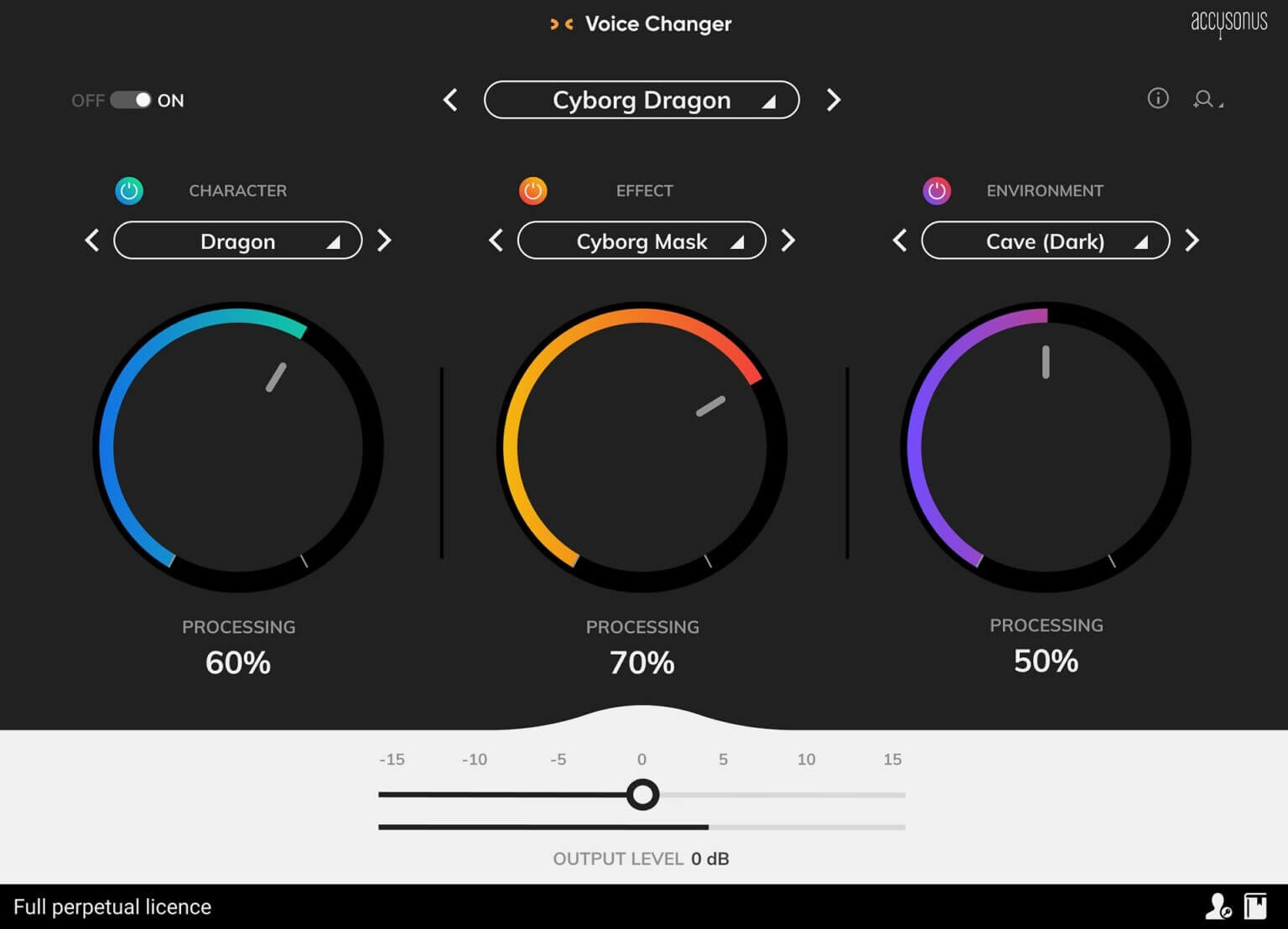 Specialist plug in to change the character, environment and sound of voices

A monster of a plugin

All three modules can be combined, and the dry/wet intensity dialled in per element. Accusons Voice Changes goes beyond presets, as it allows users to create and save custom settings. The UI is designed to be clean, making complex audio manipulations behind the scenes a breeze.

Accusonus are known for their specialist audio repair tools and audio libraries aimed at the sound design, film and media composition market. For those applications, Voice Changer* adds an easier and quicker way to turn plain voice recordings into colourful characters, from monsters to robots. I am not aware of a similar plugin that packs those specialists functions into one package, with only iZotope Vocalsynth* coming close in my mind.

The Voice Changer UI looks accessible with only three knobs and plenty of presets. So if you currently use pitch shifters, audio repair tools and other complicated effect chains to change voices for film, TV and media, Voice Changer could save hours. With a free trial, I voice my support to give this a go.

However, with only a $4.99 subscription available and no perpetual license, I think it is expensive for a niche application, but you can subscribe only for a month when needed.

Voice Changer is available subscription only*