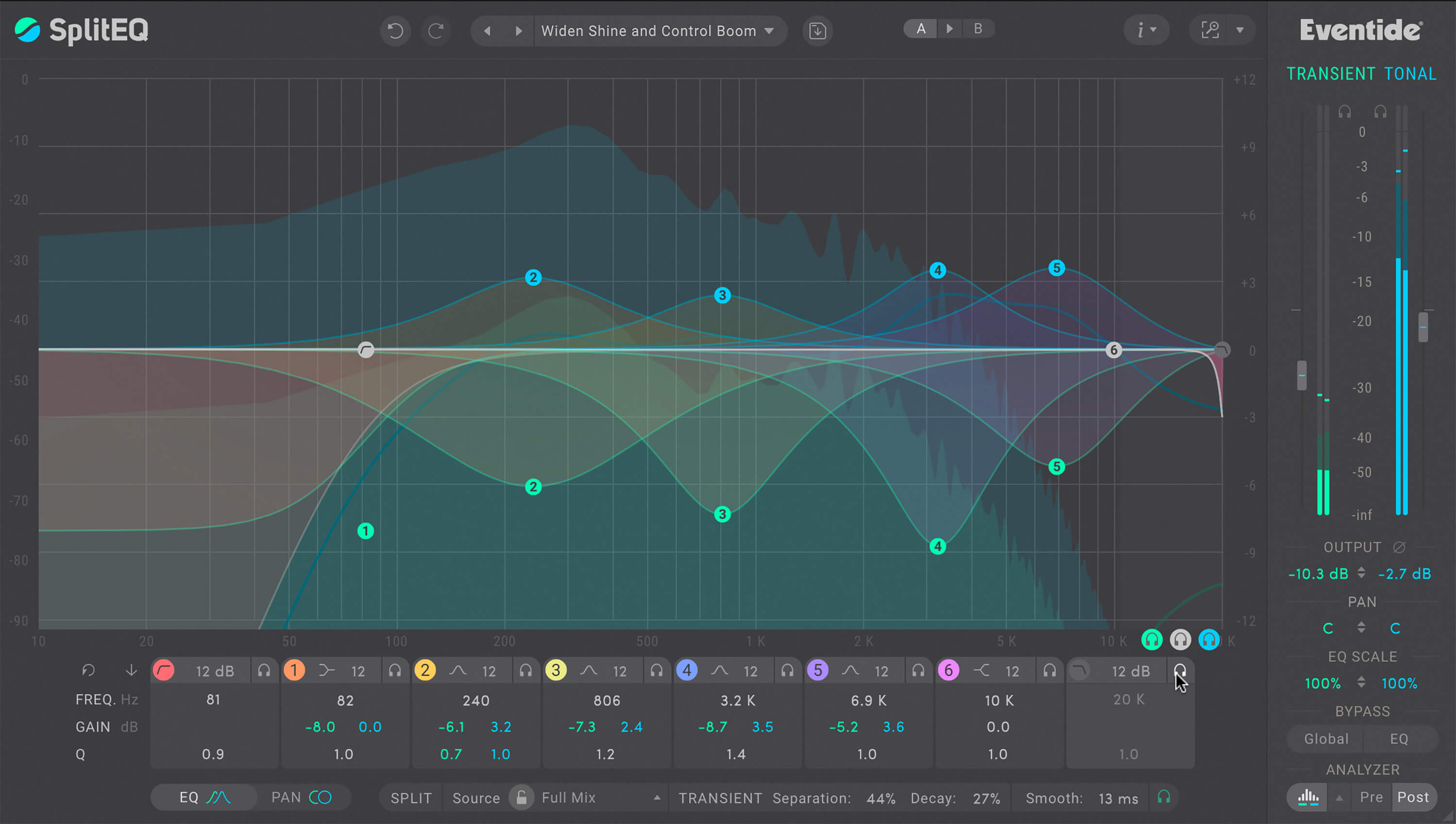 Is Eventide SplitEQ splitting the atom, or splitting hairs?

Eventide SplitEQ promises an innovative approach to EQ plugins. After years of research, the company claims to have invented a new way of manipulating audio.

The engine at the heart of SplitEQ is based on what Eventide calls "Structural Split technology". In plain speak, the plugin splits audio signals into transients and tonal components in real-time. Both components can then be treated separately through an 8 band parametric equalizer. The technology was first used in the Eventide Physion*, its multi-effect VST plugin. The developer team has now ported the engine into the heart SplitEQ to serve a useful purpose for audio manipulation.

The inclusion of mid/side and left/right panning adds literally another dimension to the EQ. Supporting your trusted ears will be the real-time spectrum analyser to help you see any potential cuts or boosts needed. Eventide also added the ability to solo only the transients, a single band, or only transients on a single band for more detailed control.

Features of the new Eventide SplitEQ equalizer plugin include:

SplitEQ is available for Mac and PC in VST, AAX and AU formats.

So what do we make of SplitEQ? Will Eventide re-invent EQs that will change the world? Or is this in practice not much different or better than traditional equalizer plugins?

Eventide certainly has a strong pedigree for innovation. The company was founded in the 1970s and is most famous for the Harmonizer range of hardware, including H9 and H9000*. More recently, Eventide added plugin equivalents to their range, such as the Eventide H910 Harmonizer*, the H9 Plugin Series*, and expanded into other effects with the widely used Black Hole reverb plugin* and pedal*. This track record gives me more confidence that SplitEQ could be functionally well thought through, and now just a marketing gimmick.

The question is whether this is a better practical tool than traditional EQ plugins, such as the ubiquitous FabFilter Pro Q 3. I will have to reserve judgment until I can get my hands on Eventide SplitEQ. For now, the team should be congratulated on their ambition to bring us a novel way for both corrective interventions and subtle balancing separating transient and tonal audio content.

Eventide SplitEQ is available now from retailers such as Pluginboutique*