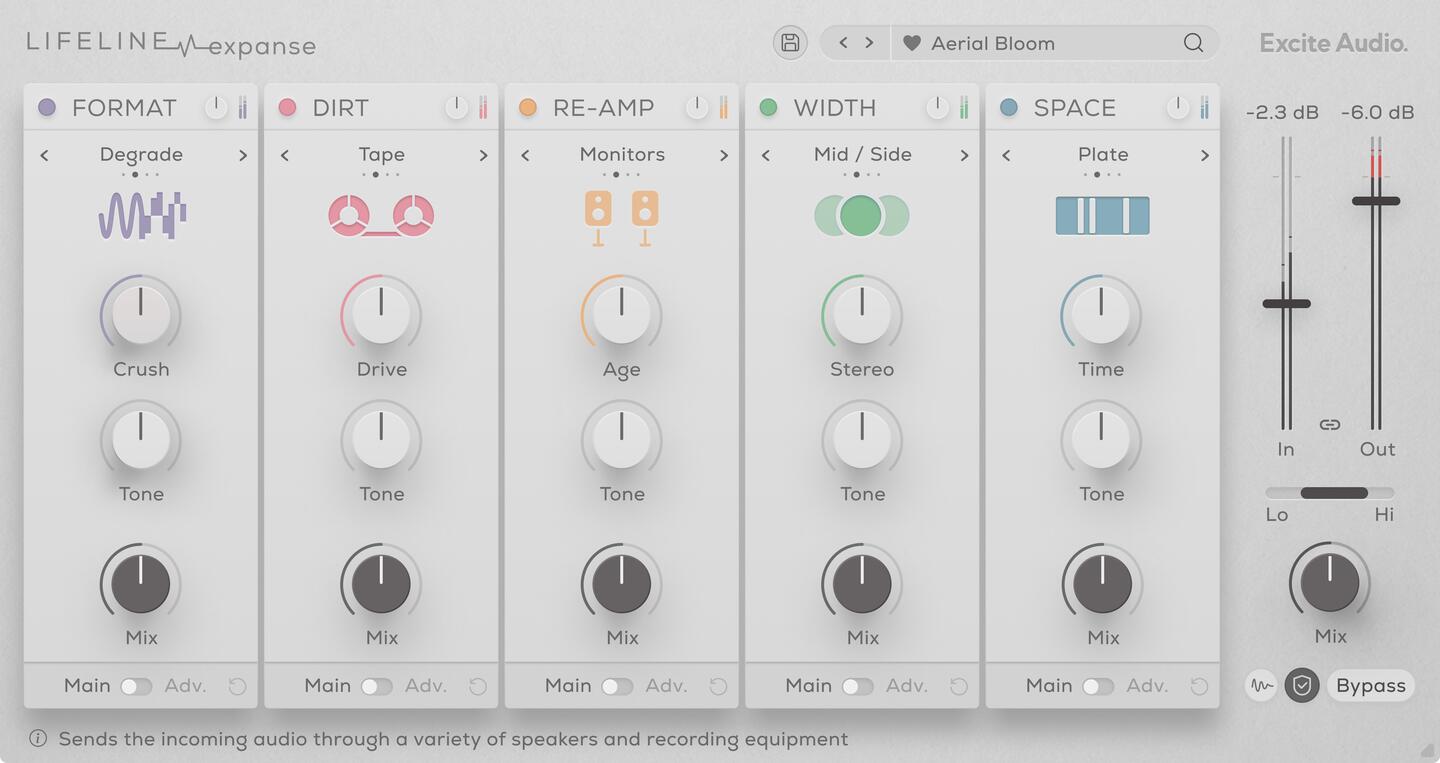 The plugin comes in two versions, Full* and Lite*. Both plugins come with the same 5 modules and all 20 algorithms. The differences are in the number of presets and simulations: Full has 250 presets (Lite: 75), and 8 speaker simulations (Lite: 4). In addition, the full Lifeline Expanse adds advanced functions such as Gain and Effect Multiband functionality, mic placements, drive/ bass/noise controls, width controls, and phase correlation meter.

When I thought I had seen it all, here is yet another combination of well served effects, squeezed into one new plugin. This time, new software outfit Excite Audio decided to combine re-amping with distortion and width/space effects. I have never used distortion/amping before spatial effects in my productions, I think so the concept sounds nice.

But a brief trial convinced me otherwise. The drum presets instantly added some nice compression and character to drum loops, and the spatial and room effects really sounded lush on keyboards. So I would recommend anyone interested in Excite Audio Lifeline Expanse to download the trial version*.