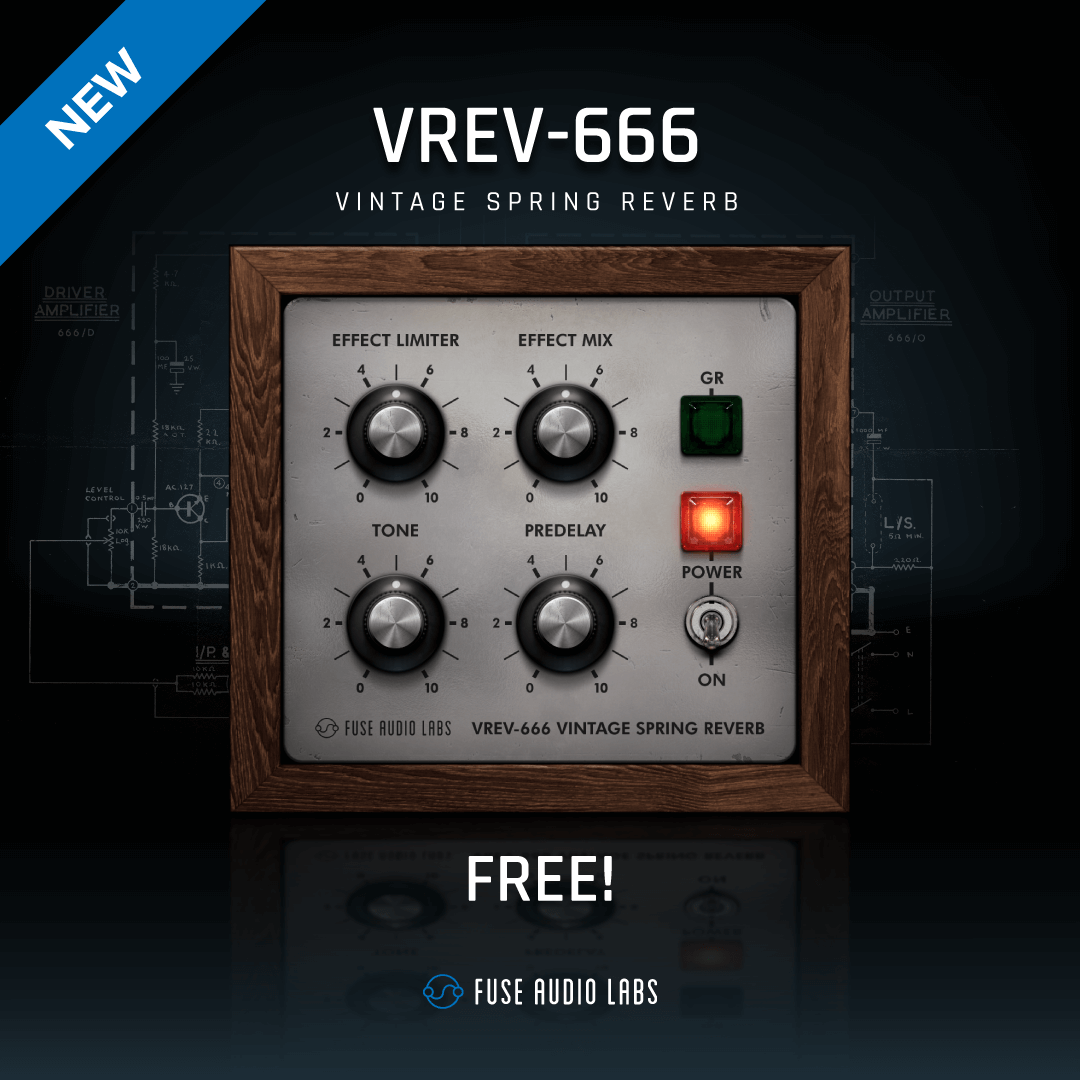 Will this free spring reverb put a spring in your step?

Fuse Audio Labs VREV-666 puts a spring in our step by releasing a free spring reverb. The plugin emulates a rare spring from the 1960s built for the BBC.

You might not be familiar with Fuse Audio Labs. German company's founder Reimund Dratwa is modelling hardware into plugins for the likes of Black Rooster, elysia, and Millennia, available on Plugin Alliance and the Universal Audio UAD platform. The team around Reimund has made good use of this experience for Fuse Audio Labs.

With its free VREV-666 spring reverb, Fuse Audio Labs has not gone for pristine sound or a wealth of parameters. Instead, simplicity and sound were at the heart of its philosophy. While the original hardware unit only offered input gain control, Fuse Audio Labs added dry/wet mix, an effect limiter, tone control, and a pre delay to VREV-666. With several presets available, you can just load up and go.

Why would you need another free reverb plugin, when the reverbs that come with DAWs like Logic Pro, Ableton Live and FL Studio are so good? One word: character.

You will surely have a clean room reverb, hall, ambience already, and possibly both an algorithmic and an impulse response reverb. But none of those can create the jitteriness and quirks that spring reverbs add to signals. With its tone, limiter, mix and pre delay controls, there are sufficient parameters to tweak its effect on your sound from subtle to super-crazy.

Bear in mind though that Fuse Audio Labs VREV-666 is not a faithful recreation of a spring reverb. When I hit the screen showing the VREV-666, the spring didn't crash into itself. I miss crazy ear-piercing twang that my Roland Cube amp gave off in the 1980s when smashing it. Seriously though, Fuse Audio Labs has created a reverb full of character, cash-free.

During my demo production, I was surprised to discover how great it sounded, both on the stage piano and snare drums I treated to the reverb. All in all, I wholeheartedly recommend you add Fuse Audio Labs VREV-666 to your reverb collection. It certainly will stay in mine.

To download Fuse Audio Labs VREV-666, just create a free account with Fuse Audio Labs, and the license will automatically be added to it, for you to then download the plugin.