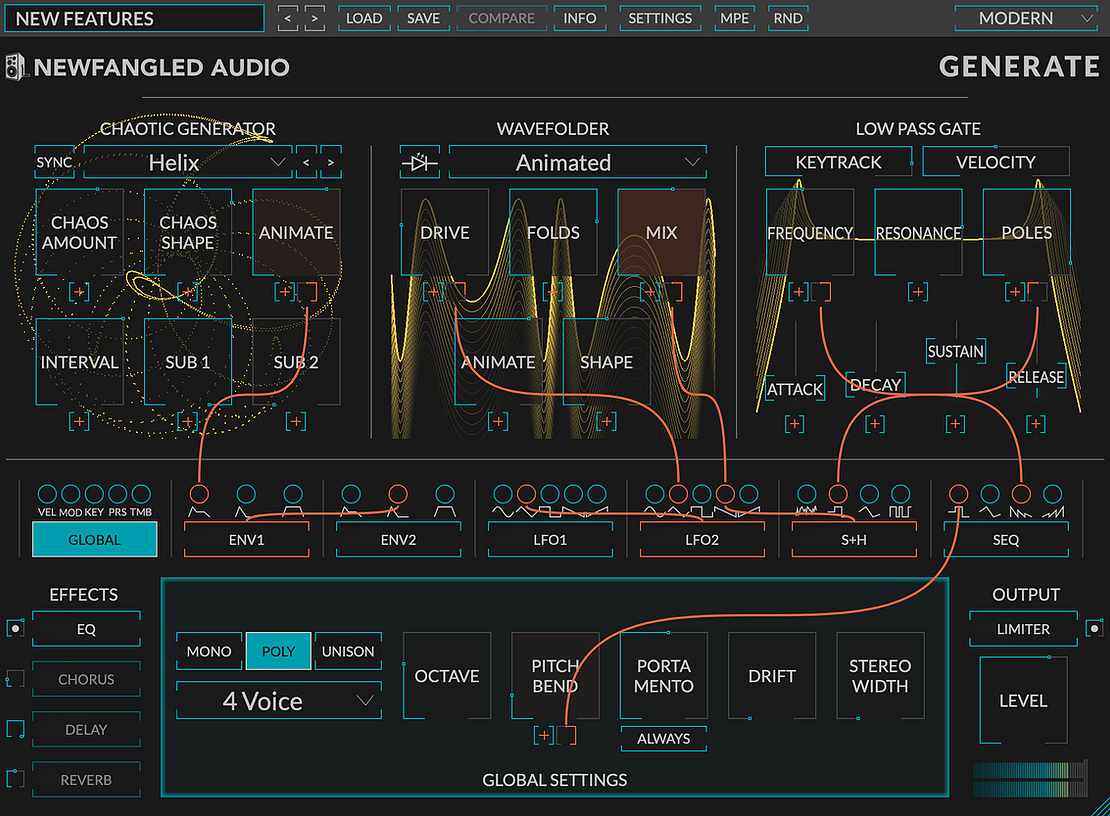 Eventide offshoot Newfangled Audio added a host of new features to their innovative synthesizer plugin range, Generate and Pendulate. After the release of the free Pendulate in September 2020, together with the full Generate plugin, the team behind the Eventide software already updated both to version 1.2.

With Newfangled Audio being true to their name, both plugins introduced what they called chaotic oscillators. Those oscillators are based on physical modelling, creating sound from the simulated movement of a double pendulum. Generate takes this concept to the next level, by introducing 5 physically modelling oscillator types.

The new features added in version 1.2 include:

What I like with Newfangled Audio plug ins is that they did not create yet another analogue emulation. With their Generate plug in, and the free Pendulate VST plug in spin off, you can create interesting and unexpected new sounds that other synths struggle to match.

So if you want to expand your sonic horizon, the new features added in Version 1.2 only make both synths more versatile and attractive. And trying them is not difficult. Pendulate is free, and Generate is available as a 30 day fully functional trial.