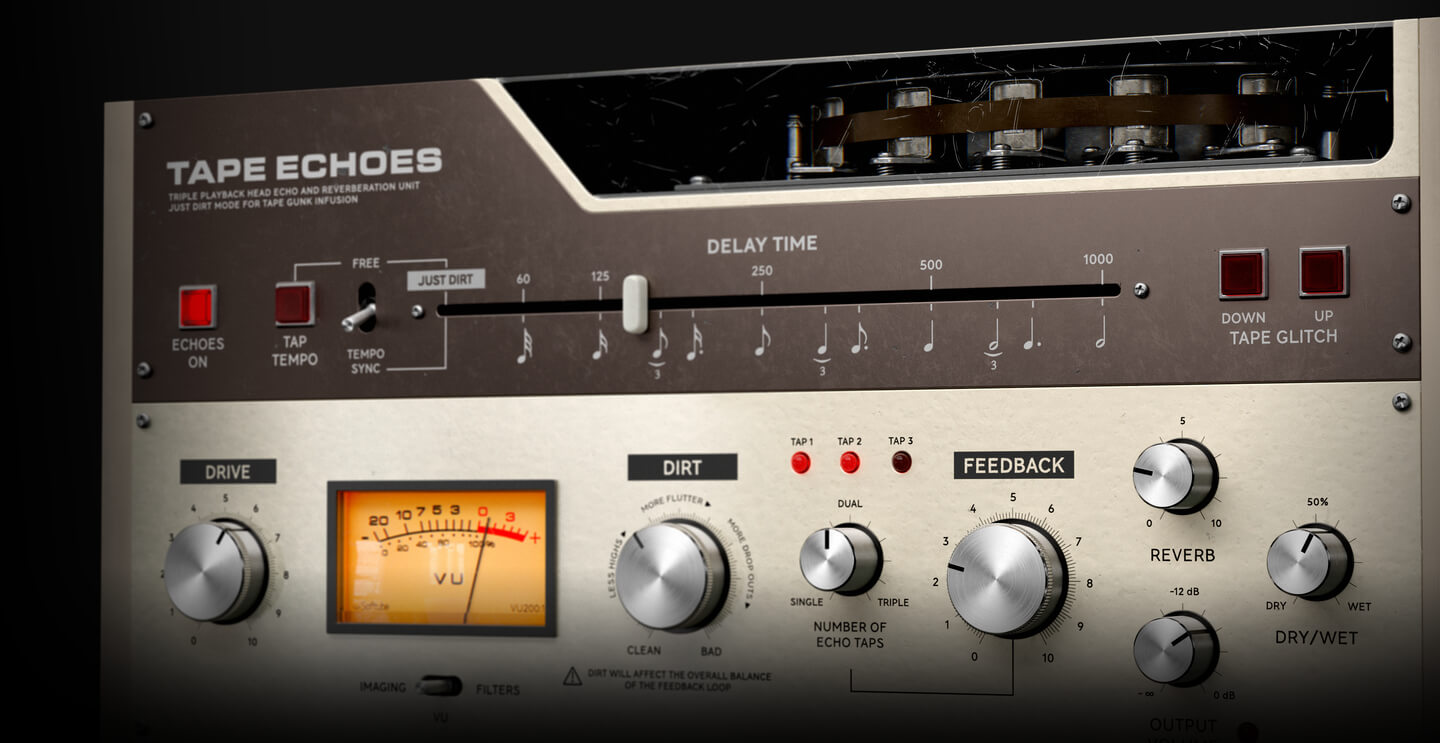 Softube, creator of the Console 1 Mixing System, released another emulation into their effect range with Tape Echoes. Contrary to other tape delay plugins, the Swedish company claims Tape Echoes adds more character, with added dirt, distortion, wobble, and drop outs. With Drive, Dirt and Feedback knobs at the ready, you should dial in just enough of each. Tape Echoes also offers tape glitch effects and a reverb.

The key features include

Softube Tape Echoes is a native plugin in VST, VST3, AU and AAX formats. It can be integrated into Softube Amp Room, and as a module within Softube Modular.

There is no dearth of tape echo emulations. Ableton Live Echo, UAD Galaxy Tape Echo, Arturia TAPE-201, and Audiothing Outer Space are just a few that come to mind. Most are emulating the daddy of all delays, the Roland Space Echo.

Softube Tape Echoes certainly looks a bit different, sounds interesting in the demos, and looks to set itself apart by adding more character options, from subtle to brutal.

At $99, this isn't an impulse buy. But the price is not dissimilar to the other tape delay options above. Softube published a $65 introductory price in their press release until 31st July. Strangely, this is not available at the time of release.

So if you are interested, why not download the 20 day free trial first? By the end of the trial, Softube should have sorted their pricing out, I would hope, if you were keen to buy it.